During the twentieth century the school established a reputation for innovation and a progressive approach to education. Examples of this included the establishment of a School Council in 1921 to give pupils a role in school affairs, the establishment of the Nursery School in 1938 to provide pupils with practical experience at child care and the development of a school farm from the 1920s onwards. The school farm enables the school to offer a full range of agricultural courses.

The Court of Memories, which memorializes those former students lost in war, reminds us of the depth of the school’s history. There are 70 names on the Roll of Honour. The Court of Memories was built in the early 1950s using funds raised by the Ex-Pupils' Association. It was to serve as a courtyard for a new Library that was never built. It was unveiled at a ceremony attended by Major General Sir Howard Kippenberger on 1 March 1953. The Oamaru stone school crest on top of the Court of Memories adorned the entrance to the school's main building from 1920. The crest over the building's entrance was declared structurally unsafe in 1971 and removed. The crest was placed on the Court of Memories in May 1973. The old main building was demolished in the mid-1980s. Its replacement was demolished in 2007. The school's current Administration Building was opened in April 2008.

Many of the school’s trees were planted in the early years, including a magnificent Sequoia Wellingtonia planted as part of the celebrations of Queen Victoria’s golden jubilee in 1887 when the school was just three years old.

The school’s roll grew significantly from the 1960s reflecting increased confidence of the community in the school and the population growth in the district.

The school's House system was re-introduced in 2005. Our six Houses have a strong focus on pastoral care and are named for high-achieving New Zealanders from humble backgrounds: Hillary, Lydiard, Mansfield, Ngata, Rutherford, and Sheppard.

The 2017 opening of Rakahuri, our purpose-built flexible learning environment, saw the introduction of Ako, our junior connected curriculum. In 2021 wānanga classes, with a focus on our Year 9-13 dispositional curriculum, were introduced.

Today the school’s roll is around 1600, making us one of the largest schools in the South Island. 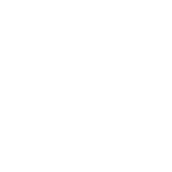